99 reasons to drink beer at the Beerhouse 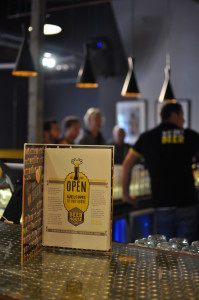 What better way to make an entrance than to open on International Beer Day ‘with 99 bottles’.

What better way to make an entrance than to open on International Beer Day ‘with 99 bottles’.

Cape Town’s Beerhouse opened on Long Street, the vibiest location in town, with a well-designed space to kick back in, a massive selection of local and international craft beers paired with great beer-drinking food and a knowledgeable team of beer fundis committed to quenching your thirst for good beer.

Having kicked off with our unique #99bottles street art chalk campaigns in South Africa on International Beer Day, Beerhouse started by doing what it does best: celebrating all things beer – in all possible ways.

Instead of a press release to chew, Beerhouse thought giving you 99 reasons to have a brew at Beerhouse was a nice way to give you some insight into the passion behind the venture. Download the 99 reasons as a PDF.

Connect with Beerhouse regarding some of the reasons you enjoyed. The guys at Beerhouse would love to look at how they can host you for a great feature article for your media. Hi-Res Pictures and Logos on www.beerhouse.co.za/press/

99 reasons to drink beer at Beerhouse… 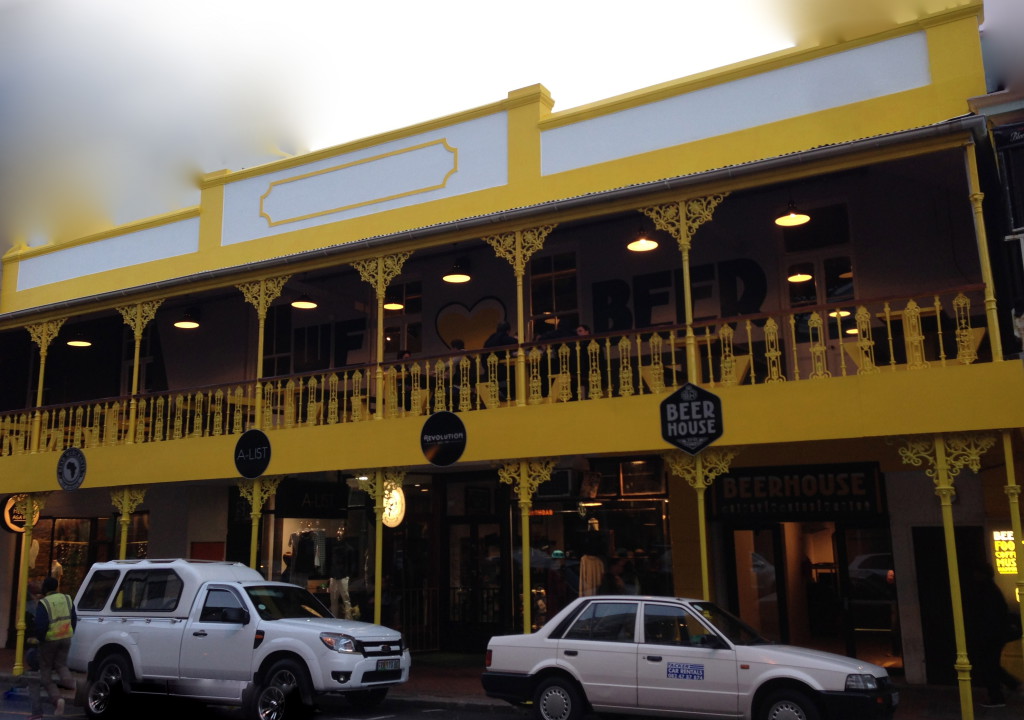 Cape Town’s Beerhouse opened in a hurry on August 2nd which is International Beer Day with 99 bottles and 16 beers on tap.

After the hectic first weeks and sorting out the first teething problems we now want to welcome the media to our house and showcase some of the beers and foods that Cape Town can now enjoy in a location conveniently located in the middle of town and buzzing Long Street.

Please join us at the new Beerhouse on Long for our media launch.

time: 5.30pm for 6pm start of beer and food tastings on Wednesday, 21st of August.

As we’re into hospitality and not PR professionals, we ask you to forward this invite to your colleagues from media that would be interested into the newest venue in town or beer culture.

Please RSVP here as we will have a strict guest list on Wednesday night http://der.be/BeeRSVP 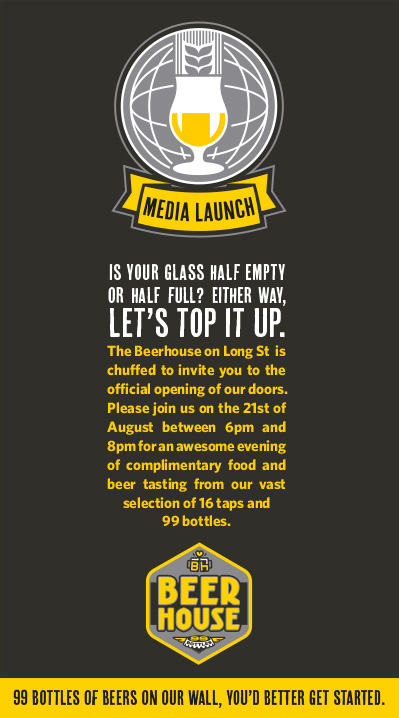 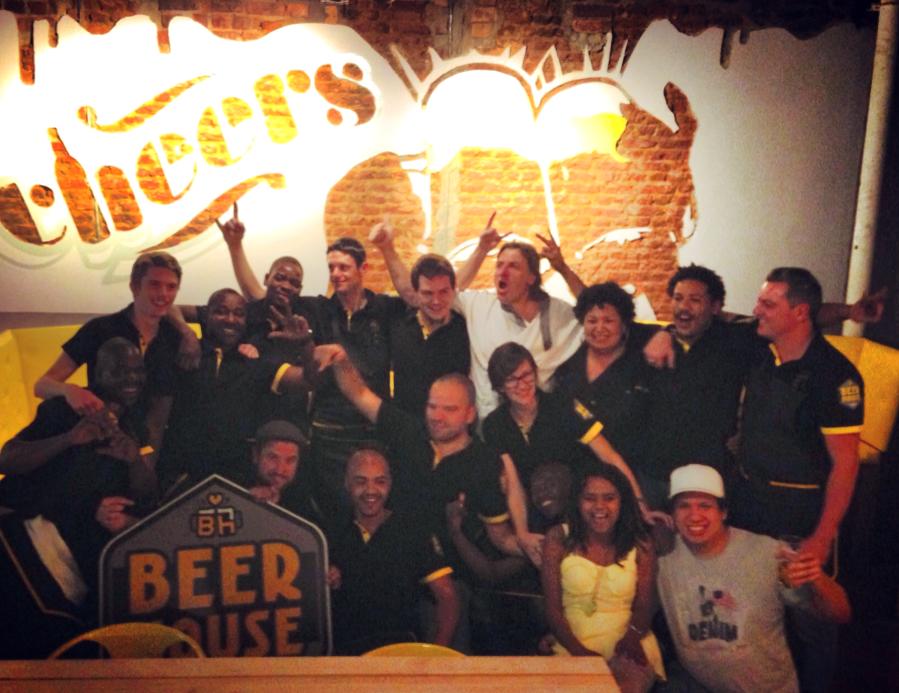 We make it short and sweet. After a year of planning, months of construction, weeks of training and many questions “when are you going to open?”, we are proud to invite you to our official opening celebration, this Friday, August 2nd, from 4pm at the Beerhouse on Long Street. 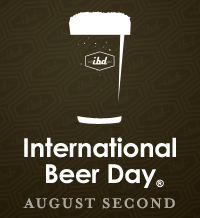 It’s not a pure coincidence, that August 2nd happens to be International Beer Day, which we invite every Beer lover to celebrate with us!

After the opening celebration our kitchen and bar are looking forward to welcome you every day from 12:00 noon till late, closed only on Mondays during our first winter season.

The team didn’t wanted to wait anymore to share our 99 bottles of different beers and 16 taps, we ask for your understanding, that the Coffee shop in the entrance area isn’t yet completely finished, where we will start serving fresh coffee specialties from 9am every day, as soon as circumstances allow.

If you work in the CBD, please keep your eyes open and on the pavement for our #99bottles outdoor media campaign for International Beer Day for your chance to tweet/instagram about and win a massive R1000 bar tab!

P.S. On Wednesday the 7th of August, we will be ready for prime time and ask media, bloggers and industry people to RSVP for our media launch event, from 5-8 pm. 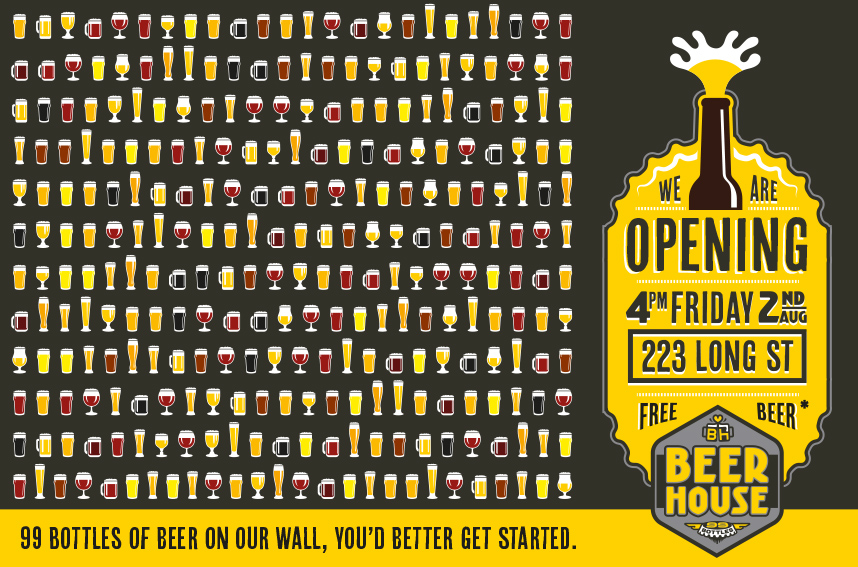