The ONLong business owner association is a collaboration of several business owners from Long Street, Beerhouse being one of them. We identified a number of key areas where we can help improve Long Street, making it into the heart and soul of Cape Town and a more attractive and secure place.

Update: Today on the 30th of December there’s finally the Certificate of Temporary Closure and the following media release by the City of Cape Town:

Emergency vehicles and MyCiTi busses will still be able to travel on this route, but it will be closed to all other vehicles. Traffic officials and CCID officers will be on duty to manage traffic flow.
This section of the street traditionally accommodates a large number of pedestrians on New Year’s Eve and the closure was therefore granted as an additional safety measure, following an application by affected businesses.

New Years Eve 2013 is the perfect opportunity for ONLong to work together to help create the environment that we and our patrons want to be a part of. Previous experience has shown that the sheer number of people coming to the CBD to celebrate New Years causes havoc in Long Street. This is further aggravated by cars moving down Long Street trying to move through thousands of unmanaged people, drinking and partying in the streets, making the road their dance floor.

By voicing our joint concerns and partnering up with CCIDs Security Manager, Mo Hendricks, we approached the Ward Councillor, Dave Bryant, for assistance in escalating our concerns and identifying NYE 2013 an opportunity to make Long Street a ‘No Car Zone’.

Long Street will be temporarily closed to general traffic between 20h00 on Tuesday 31st December 2013 and 04h00 on Wednesday 1st January 2014.

Through ensuring that the only vehicles to travel on Long Street from 8 p.m. 31st December to 06:00 on the 1st January to be MyCiTi we identified a number of benefits to the public including:

We came up with a three-pronged strategy to drive forward this closure:

We have managed to achieve all 3 of these activities. As part of this application the ONLONG business association has committed to contribute up to 20 private security officers to patrol Long Street on NYE on top of their existing security for their own venues and CCID officers on the road. These guards will be managed over radio by CCID and hired in addition to the private securities of each venue. 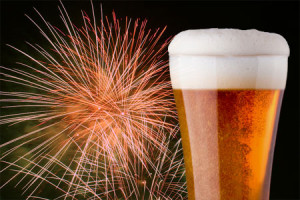 We would like to thank the business owners of the following venues to commit to sponsor 19 additional guards so far: Bob’s Bar (5 guards!), The Dubliner (3 guards),  Beerhouse (3 guards), SGT Pepper (3 guards) Jo’Burg, Marvel, Nomnom/Clay Oven, Fiction, Arriba sponsoring one guard each and we are awaiting some more confirmations to get to the 20 guards on duty during NYE. Long Street Venues, that would like to join this effort, are asked to contact us immediately via Email.

By sponsoring additional security guards each business is showing their commitment to making Long Street a safe and secure environment for all visitors and not just those who come to our venues!

Starting this process spontaneously only two weeks ago, we are chuffed, that we got this far in such a short time and thank all public and private stakeholders for their very cooperative approach.

Over christmas this looks as follows:

True to our promise of being a 365 day a year Beerfest we will be open right through Christmas all the way to the new year. We will be open as normal on Christmas eve. When you are done with the family duties and tired of grandpa’s stories at Christmas lunch you can leave your Christmas Jumpers at home and escape for some beers at the Beerhouse. We will open from 3pm on Christmas day till late and a DJ is going to play some tunes minus the Jingle Bells. 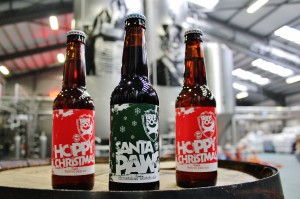 Hoppy Christmas and Santa Paws – Seasonal beers by Brewdog on tap at the Beerhouse on Long!

We then return to our normal rhythm on Boxing day. We have added special seasonal beers and will have music entertainment. NYE we will be open from 11am all the way into 2014. Its going to be a big one on Long Street as the party centre of Cape Town. 2014 is going to be a massive year for beer in South Africa. The revolution is exploding so why not bring in 2014 at the Beerhouse.

We also just wanted to take this opportunity to thank all our guests over the last five months. It’s been a pleasure to serve you and bring the wonderful world of beer to Cape Town. We are looking forward to 2014 with lots of exciting projects including bringing our #99 bottles of beer to Johannesburg.

P.S. We will open a complimentary keg of beer on the 23rd of December to celebrate the release of a Beerhouse video produced by producer Tavis Geeringh and cameraman Butho Ncube. We hereby invite you to the premiere of this clip 5pm, this Monday, the 23rd of December before we release it online. See Facebook event for details.

Johannesburg is calling for a Beerhouse, we listen! 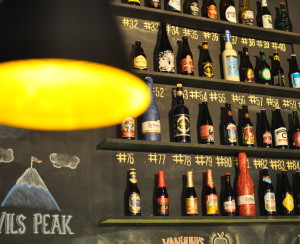 Update: initial search was successful and the second Beerhouse opened in Fourways in July 2014! We are expanding all over Africa, if you know good locations in Pretoria, Johannesburg South, Sandton, Durban or Stellenbosch please let us know!

Original post from December 2013: Since we opened in Cape Town in August 2013 it got apparent people do love and buy into our idea of beer variety. Since opening, we are also approached by customers visiting from elsewhere asking us to come to Johannesburg, Durban, etc to build a similar place and this is certainly a wish, we are happy to fulfill.

Communicating so openly is not the usual approach to expanding a business, but this is the Beerhouse way. Beerhouse started with a late night crazy idea and only became a reality, because we got exciting feedback from potential customers – why shouldn’t we base our expansion on the same foundation?

Beerhouse founder Randolf Jorberg asks you to contact us, if you know incredible venues available soon, distribute beer variety, see yourself as a seasoned hospitality expert wishing to be part of something new or got that spare million lying around, that you want to invest into an incredibly exciting venture, please contact us ASAP! If you want to own a Beerhouse and invest into a fresh hospitality brand, read here

For everybody who gets us in contact with the venue (minimum 400 sqm in a central location), that we will end up renting for Beerhouse in your town, we are offering a unique bounty: 99 bottles of beer! You’ll get a voucher good for all 99 different bottles of Beer we stock at each Beerhouse, so please don’t be shy sending us introductions to property developers and owners. With this bounty we are sorry to say, but we don’t have budget for agent commissions, so please real estate agents, don’t try too hard, OK? 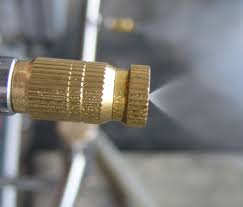 So the Celsius is going to be nudging the 30 mark. Cape Town is starting to feel a bit like summer. In the battle to stay cool we have as always cold beer. We have added to our armoury a misting system to cool down our sun drenched balcony. The misting system is quite simple really but is working a treat. High pressured water is forced through a tiny hose and then through and even tinier nozzle. The water that escapes comes out in mist form and evaporates before it settles. Each nozzle – of which we have 22 – puts out 1.7 litres of water an hour. The result is a cooling sensation which takes the heat out of the day. Sometimes the simple things in life are the most rewarding – the same could be said about beer. Stay Cool Cape Town.