On Monday the 9th of June we closed shop and had a  Staff brew day with our navigators. The Beer Whisperer, Ryno Reyneke ( Author of African Brew), Ant Cawood (man behind Beerguevara Brew shop) and Morne Uys ( Lakeside Brewery) gathered together to hold a home brew tutorial for the staff.

Our navigators were walked through the brewing process and the great balance between science and artistic expression that makes making so exciting. The staff were broken into three groups and each brewed off Beerguevara’s box kits that we sell in our merchandise shop.

Each team was paired with a Beerlovers tribal elder and walked through the process of brewing including, mashing, boiling, cooling, pitching and fermenting. Ryno, Morne and Ant gave great insight from there experience in brewing and the navigators really enjoyed the exercise. It opened up their  eyes to the art and science and allowed them to understand the manipulation of the four key ingredients, water, grain, hops and yeast in creating the huge variety in styles of beer. By brewing under the watchful eye of guys who have being doing for years afforded our navigators a great understanding of beer and how it is made, thus allowing them to help our beerlovers through their journey through beerland.

Next Monday the 23rd of June we will transfer the fermented beer to bottles for secondary fermentation. A further two weeks from then we will open up our American Amber Ales and see just how good our maiden home brew is. The Tribal Elders will return to judge and the winning team who will win a further home brewing course at Beerguevara. 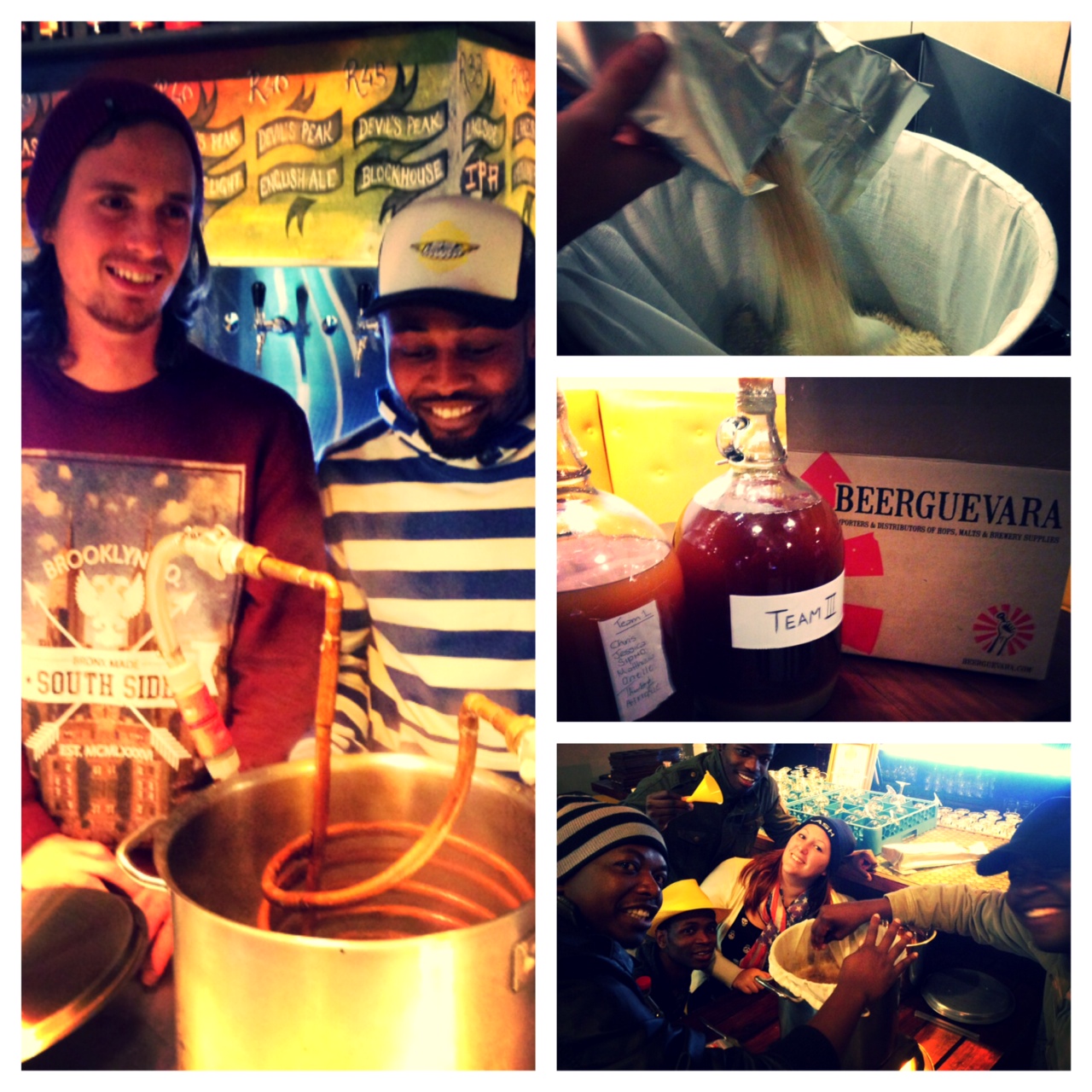 Clockwise: Matt and Reda cooling beer, mashing the grain, Beer in fermenter, this team reckons its going to win.

Wear the Colours! Watch the Goals! Drink The beer

Football fever is upon us! There cannot be any doubt that the beautiful game will excite. The 2010 hangover is no longer and its now time to pass the baton to our samba loving friends across the Atlantic.

Enjoy the games at our house of beer. There is no better place! Beer, Big screen and … well…. Goal Goal Goal. The house to watch it all fold out!! It must be the Beerhouse on long. Messi, Ronaldo, Klose, Yaya,  Hazard, RVP and yes dont forget Stevie G – will be in life size on our screens all in the shadow of the 99 bottles. Wear you team colours and if they are victorious- we give you free beer from that nation if represented by 99 bottles if not we will throw in a ringer.  Bring the Noise!! 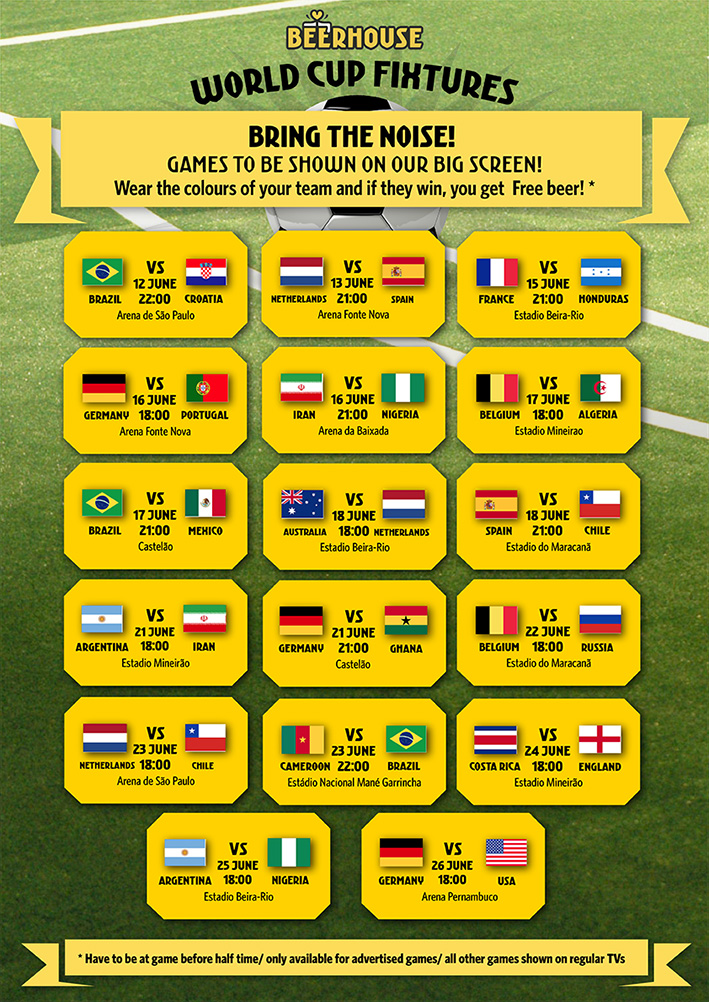 This months Meet The Brewer event will be with Christoff and Schalk Marias from Gallows Hill Brewing on Monday 23rd June. A doctor and a structural engineer have taken their love for home brewing and made it a commercial reality. They are not under the usual pressure of new breweries to turn volume and strike a cord with the mass market. This affords them the space to make beers they feel like making and like drinking. Which makes their beers dangerously delicious.

Beer used to be unique and positive part of communities. Unfortunately this disappeared thanks to the marketing & volume driven approach adopted by some of the mega-brewers.

Gallows Hill Brewing Co. Beers are all virtually handmade from an all-malt mash their hand crafted brew house – an example of the simple, traditional brewing methods of old.

“We make beer deserving of a certain attention. Beer that forces you to confront and consider what you are drinking. Most of our beers are hop forward and not shy in the bitternesses department. Some have warming alcohols and full bodies of malt. Others are crisp, dry and refreshing. All with lengths and depths of flavour” Gallows Hill Brewing Co 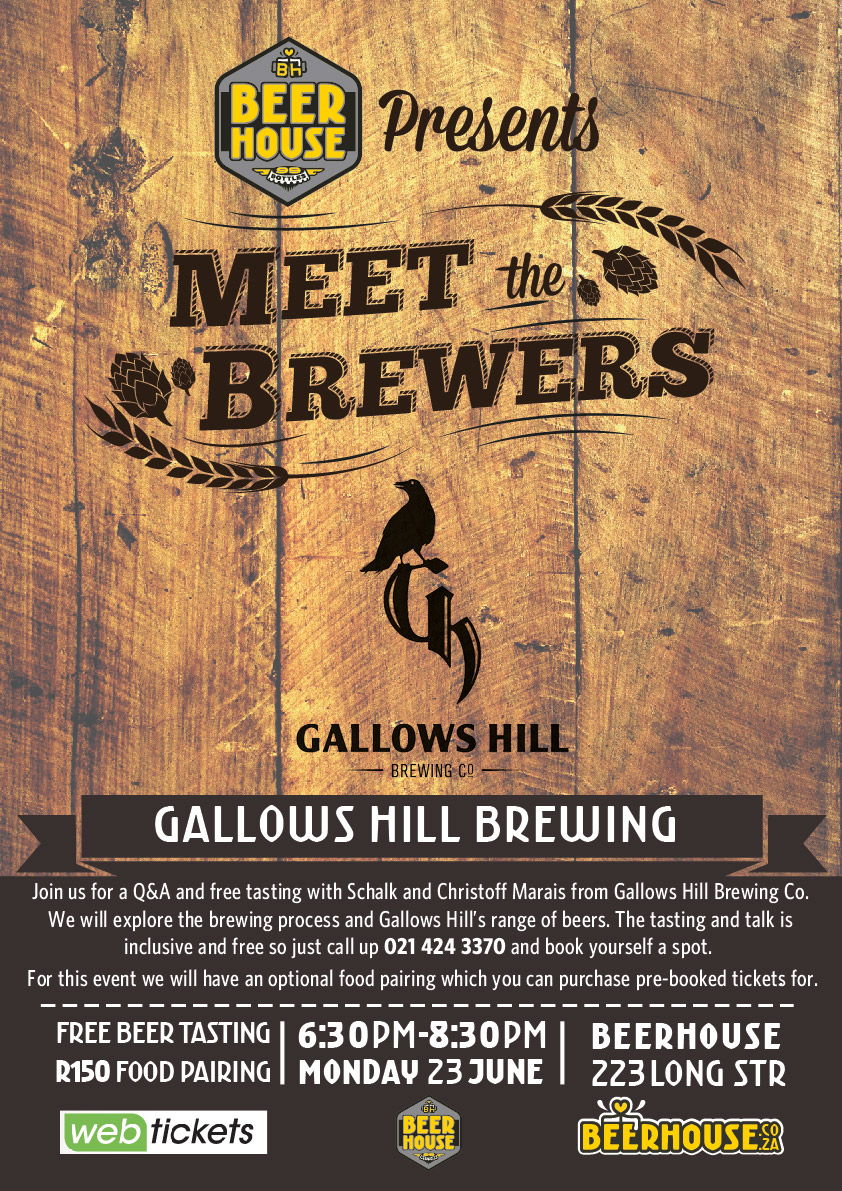