The Worlds Best Beer and others that are close!

What is a Trappist beer?

The Dark ages were truly dark! We almost lost beer! If it were not for some monks in Europe dedicated the world’s oldest and greatest beverage beer could have never survived. Today Trappist beers are to be brewed in Monasteries across Europe and one in the USA. There are only ten that can have such a holy classification. The beers they make are world class and we are privileged to show case 4 of them in this menu honouring brewing heritage at its best.

We are very proud to launch a unique Trappist Menu. We have sourced some of the worlds best beers from monastery based breweries. A once in a life time opportunity to sample some rare beers with complexity like no other. Limited stock. 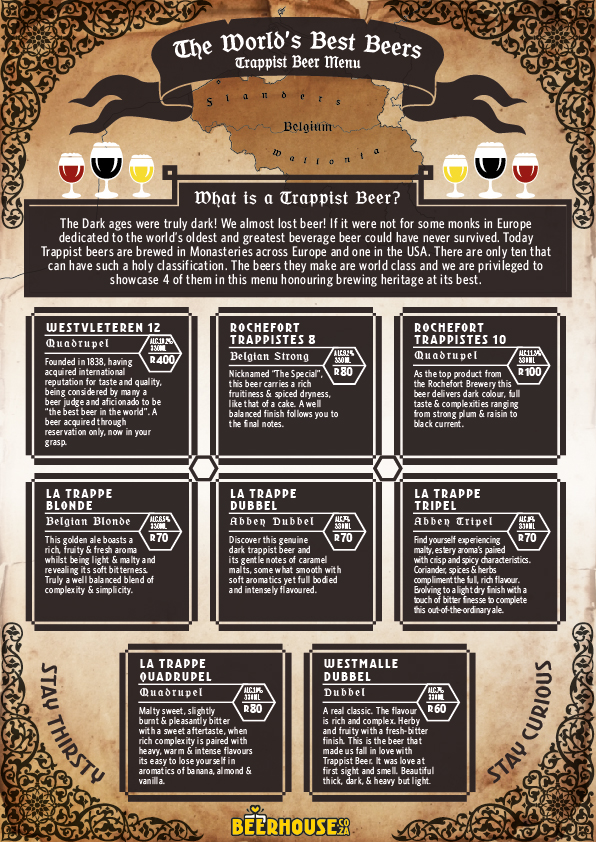 The first of our Joburg series of “Meet The Brewers” will be hosted at Beerhouse Fourways on 29th of September from 6:30pm-till 8:30pm. Come meet brewmaster Apiwe Nxusani from Brewhogs. Apiwe has a great pedigree and has been making fantastic beers in short space of time with the new brewery. With two core beers, a crisp refreshing Pilsner and a very moreish Red Lager, she is looking to expand the breweries offering and will be using our event to launch some new delights. Join us for a free tasting and a Q&A with Apiwe. There will be an optional cheese and beer pairing available. 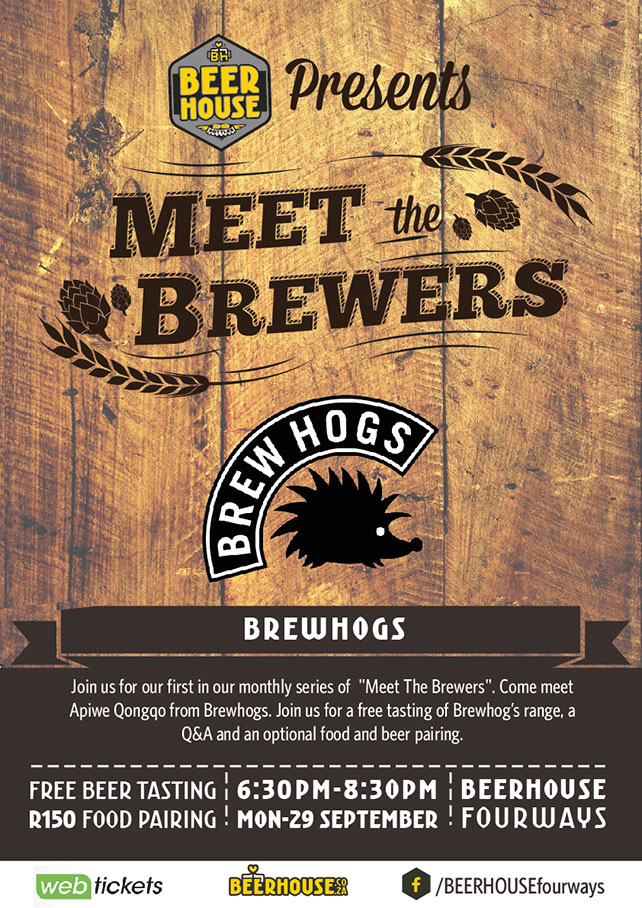