This New Year’s Eve, send off 2017 and usher in 2018 in style at Beerhouse. We have an exciting line up of entertainment, accompanied by our new and exciting Beer Cocktails, the revolutionary Brew Food and of course, beer! Lot’s and lot’s of beer! 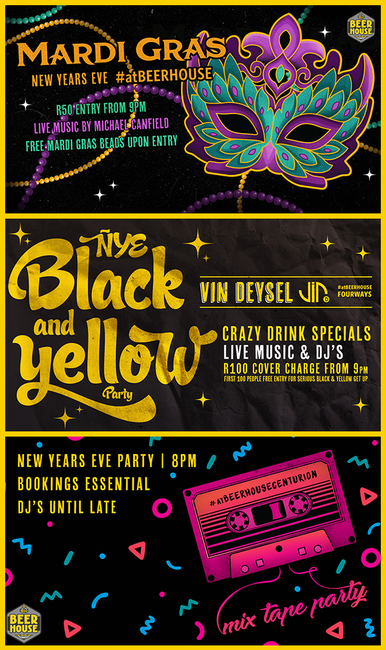 Get your funk on at the Mardi Gras New Years Eve Party! There will be Live Entertainment from Michael Canfield Music and a DJ on the decks from 11pm.

He’s been called an icon, a legend, the Duke of the Uke, the Titan of the Tenor, Lord of the Swing, everybody’s favourite rock and roll uncle and the coolest old guy in the business – Michael Canfield: the one-man Cajun blues machine.

The phenomenal DJ, producer, sound engineer and all-round guinea pig for 94.7’s Breakfast Xpress, Vin Deysel will be rockin’ the decks at the New Year’s Eve – Black and Yellow Party at Beerhouse from 9pm.  Vin Deysel has been in the music industry since he could hold a pair of headphones and is still as crazy about music today as he was back then!

The DJ will be dropping all of your favorite tunes, whether you’re into rock, old skul R&B or modern pop, at the New Year’s Eve – Mix Tape Party at Beerhouse! 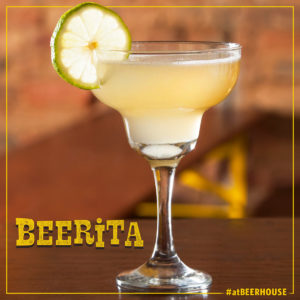 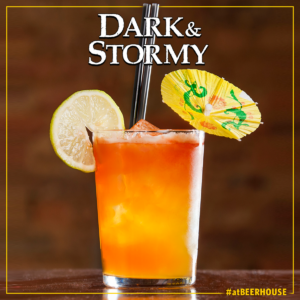 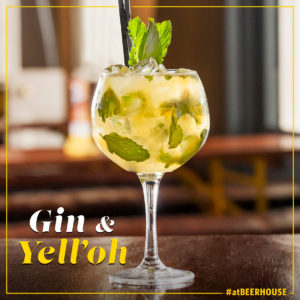 Bloedmeleon Gin with its sweet citrus notes combines perfectly with pineapple forward Liefman’s Yell’oh fruit beer. Add some mint and lime juice and you have a refreshing summer companion. 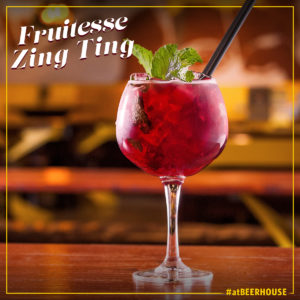 Liefman’s Fruitesse with it’s red berry ting and the zing of fresh lime and Wyborowa vodka and cool mint makes for a delicious sipping.