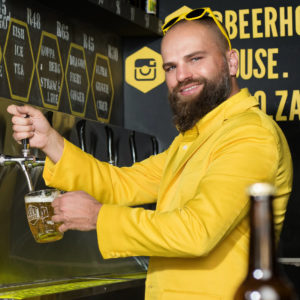 A veteran to the online marketing industry, German-born Randolf Jorberg (aka @YellowRandolf) moved to South Africa in 2007 and enjoys the freedom to realize ideas incorporating the best of two worlds ever since. The idea for Beerhouse was born one late night in April 2012 and finally opened its doors on International Beer Day (August 2nd) 2013 on Long Street.

Prior to Beerhouse, Randolf had no previous experience in hospitality, other than loving beers and spending too much time at restaurants and bars around the world way too many nights… Having founded and exited gulli.com from 1998-2008 and other online ventures, he was bored from building yet another online business and more excited by his OMClub party where every year 3000+ online marketers get drunk in Cologne, when he realized it is now time to make his childhood dream of owning a bar come true.

Leading the Beerhouse team with the ‘Head Dreamer’ job title and making his dream of a beer lovers paradise come true, has so far been his best (ad-)venture ever… The Beerhouse signature yellow (Pantone 109C or #ffd100 for fellow color nerds) made him love yellow so much, that he’s been wearing yellow every day ever since 💛

You can read more about him in this profile from the Weekend Argus titled “A dream of pulling the city a pint” follow Randolf on Facebook, Instagram or Twitter or read his (rarely updated) blog at randolf.jorberg.com or Online CV on YellowRandolf.com. 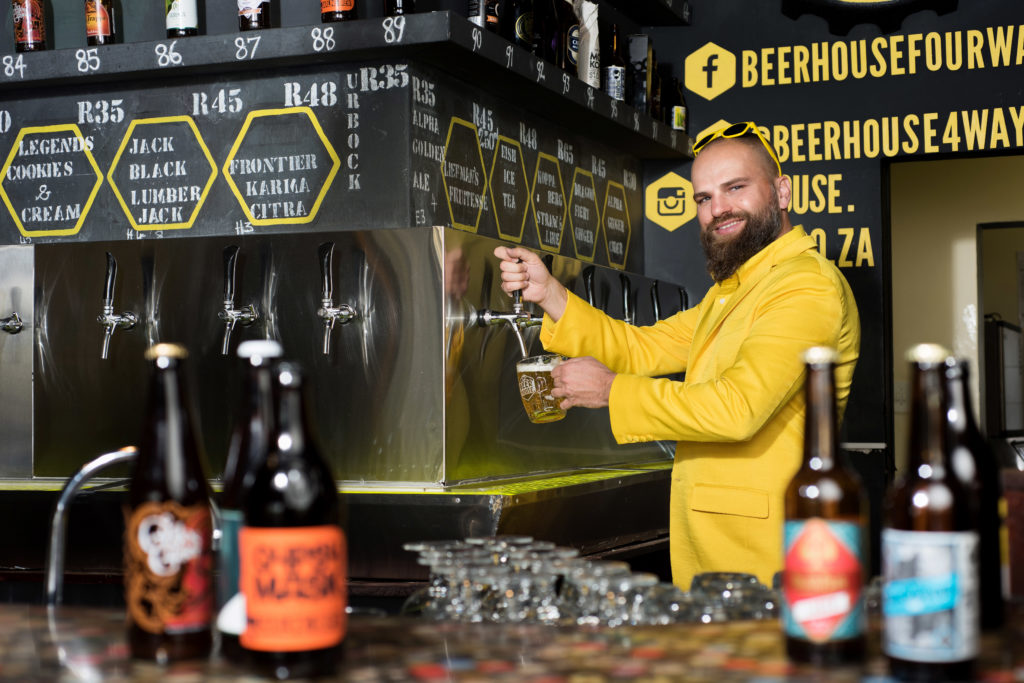