From India with love, baby. Pale Ales present some seriously hip hops, and ya ain’t a beer drinker if you haven’t tried them. Beerhouse’s resident beer expert Murray Slater aka The Beer Whisperer is perfectly poised to help you understand and enjoy the hoppier side of life. Click on to pick his brain…

I predict a Riot!

…and not of the looting, poo-throwing variety Cape Town has had to endure lately. This riot is at the hop-end of the Beer Revolution, and it’s a riot of glorious flavour and nose-puckering aroma that’s bound to incite and excite our South African sensibilities. Beerhouse is proud to announce we have opened a dedicated Riot! single-hopped IPA tap for the pleasure of hopheads everywhere.

Riot Beer factory makes ‘real beer’ for the thrill-seeker, and those thrill-seekers are in for a roller- coaster ride of sensations from the new Hop Head Series. Adrenaline-fueled brewers David & Marc love hops, and hops are the star of the show at their brand-new brewery based in Woodstock. I tasted their  beer at the legendary Clarens Beer fest  in February for the first time; it was the first creation in the Hop Head Series, the single-hopped Simcoe IPA. And it was immense, rioting on a balanced malt stage and lighting up my hop-loving life. The beer was a perfect stage from which to launch the coming hop bombs. 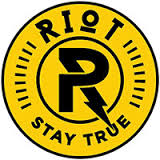 Hops come in many forms, and like grapes, their aroma and flavour characteristics are dictated by the soil in which the vines grow. The terrior makes for a world of interesting and diverse hop flavour and aroma profiles. American hops, like those used in the Simcoe, have fruity citrus and resinous aroma and flavour notes, while an English hop like Fuggles has more herbal earthy notes. My personal favourite regional style of white wine is a New Zealand Sauvignon Blanc which has massive tropical fruit aromas. The vines that bare these wonderful grapes grow in identical soil to their hops cousins. The much sought-after Nelson Sauvin hop also gives off this delicious aroma thanks to similar beginnings. 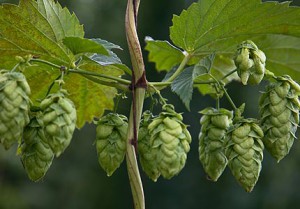 Riot have now launched a series of single-hopped IPA that will be exclusive to Beerhouse on Long’s dedicated Riot tap (and their own Brew Bar in Woodstock, obviously). The beers will showcase a variety of hops from around the world, as well as introducing brand new hops never heard of or tasted in South Africa before. It’s going to be one hell of a ride, so strap yourselves in and get those tastebuds primed.