It’s Beerhouse Fourways 4th Birthday and we are going to celebrate all week with a line up of our favourite events. Join us for a beer, food and events from 9th July till 14th July.

Meet The Brewers is an amazing platform where you can meet your favourite local brewers, drink their beer, find out more about the inspiration behind the beer and breweries, as well as taste the amazing food & beer pairing that we have in store for you!

We love giving local brewers a platform to share and shine on.

Entrance is free, and seats are limited. Click here to book your space. 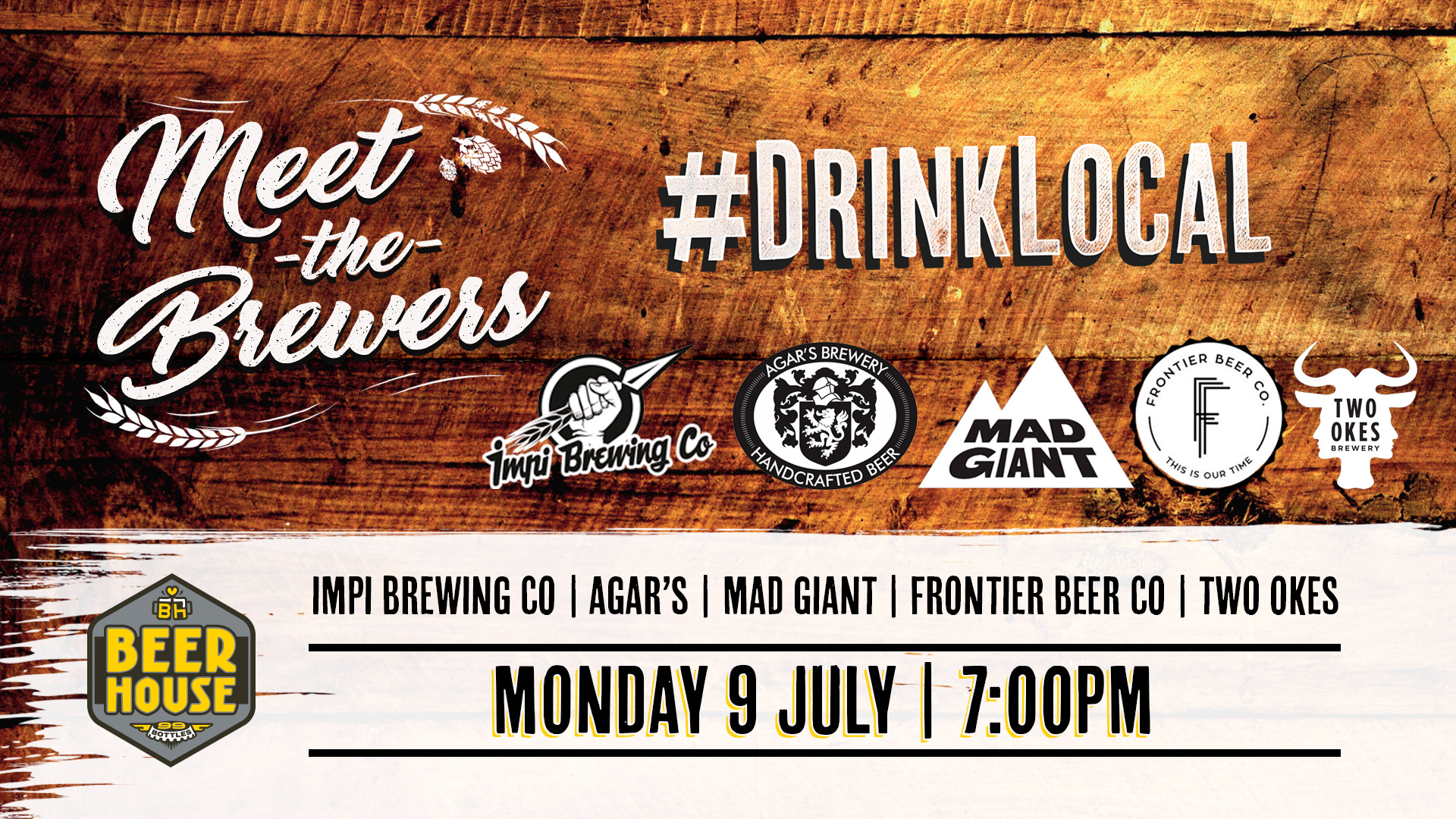 Tuesday 10th July: ‘The State of Beer’- An industry review. Beerhouse has always championed the BEER revolution and believes in inclusivity. We curate a beer menu that includes macro and micro beers and is committed to the education of the market. We are in a great position were we observe both macro and micro challenges to the market and wish to create dialogue to increase further cooperation and education. The open discussion will take place at Beerhouse with a live and streamed audience. The intention is to create transparent dialogue in an open forum focusing on the current state of the industry and challenges it faces.

Participation is free and open to all. 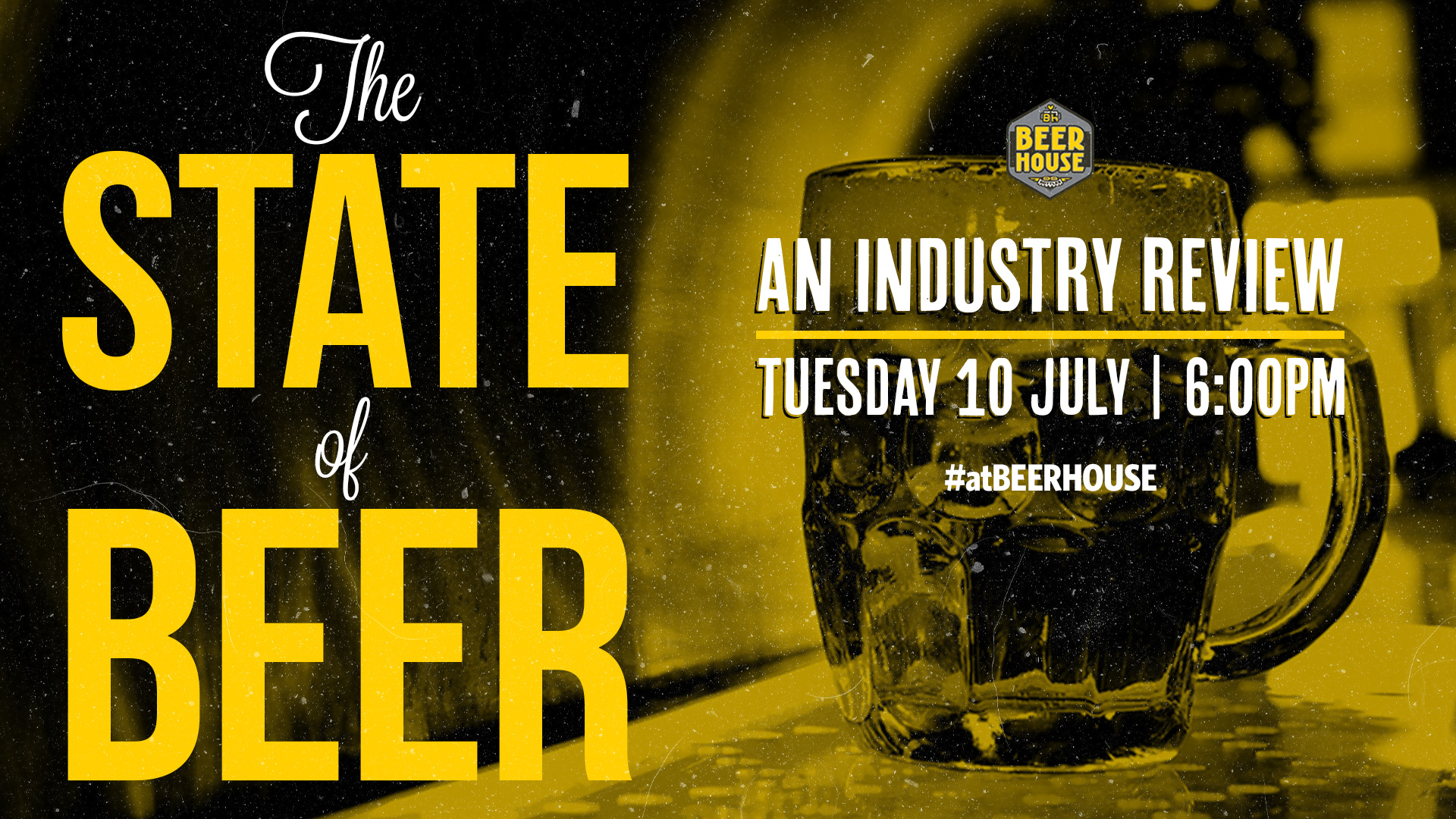 We are bringing you a FREE entry quiz to do with ALL THINGS BEER!
You think you can take on the Beer Whisperer, Murray Slater, and answer his beery questions? 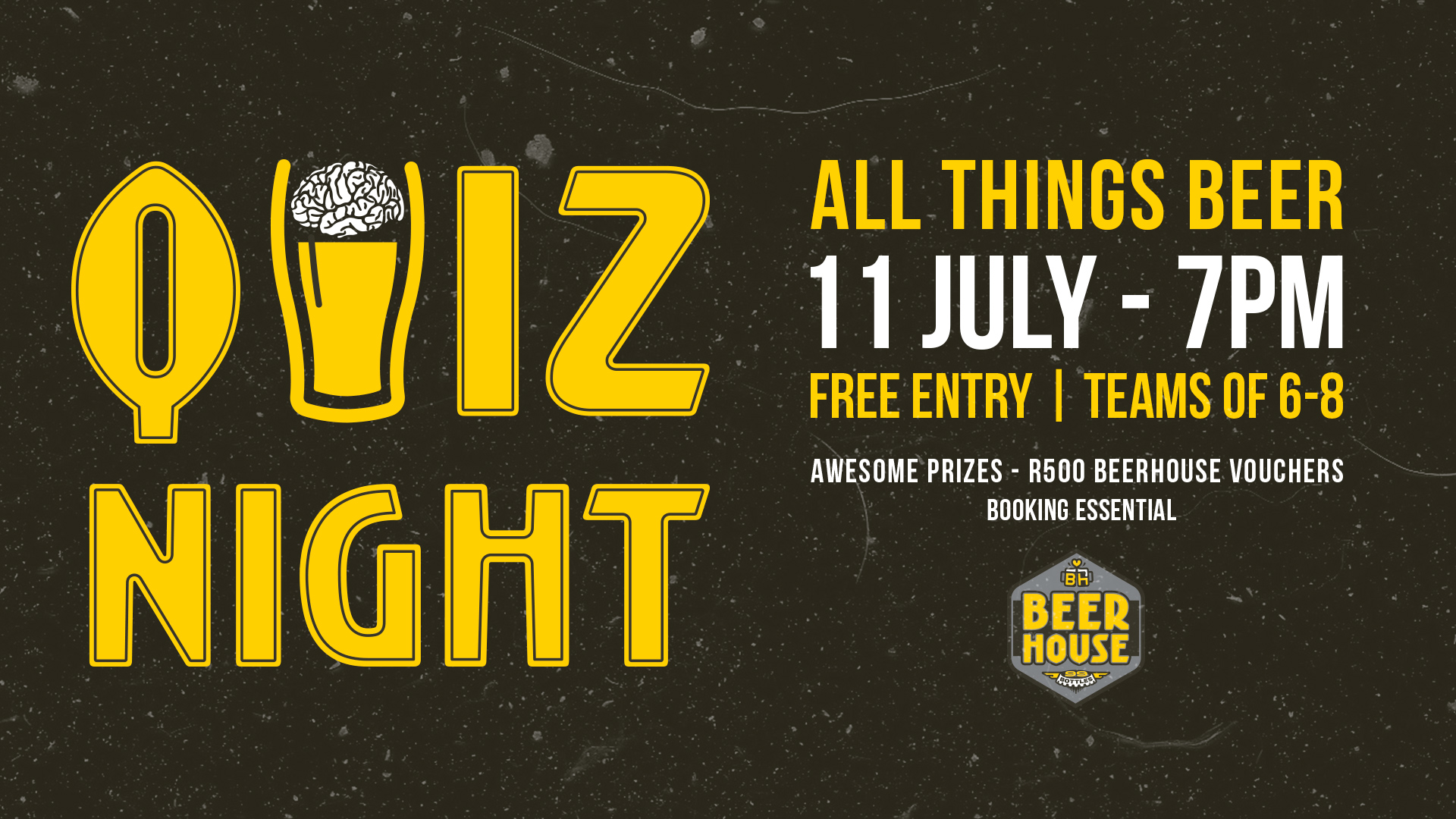 We love Silent Disco and we definitely love our Beer Loving Customers!

Come and enjoy this day with us, get your dancing shoes on, tie up your hair ladies, we plan on getting messy!

We are going big and have great specials in-store.
Brandy lovers? Get your 2 x Double Parow Brandy and 330ml Coke for only R65!

Get ready for the #quietriot! 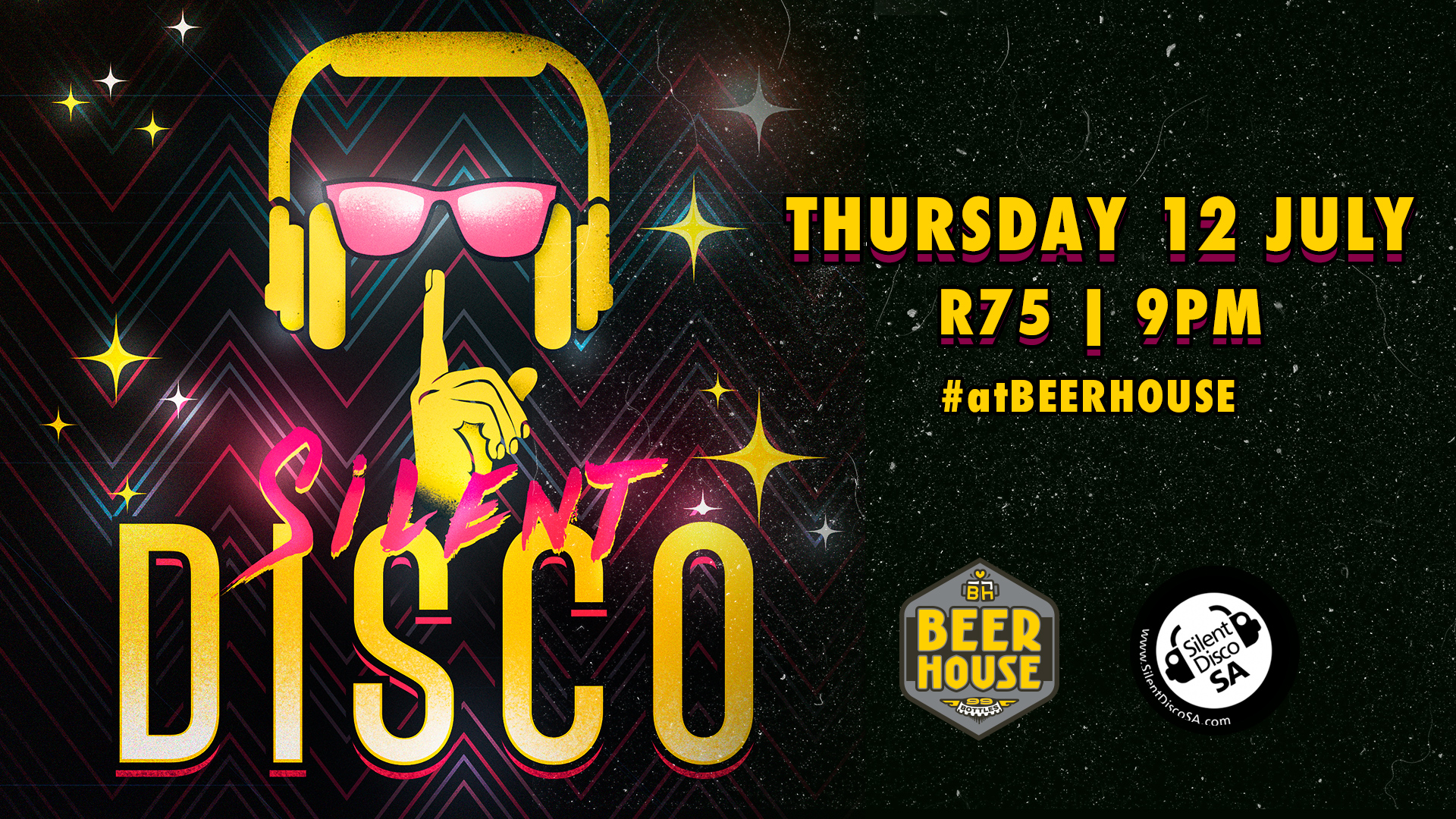 Our Free Beer Friday’s over the last four years have introduced our hard-working beer lovers to many beers and rewarded them for the weeks hard graft.

Join us for a free beer every Friday from 4pm.

Yes, that’s right. Free beer. As it’s our fourth birthday we will be giving away four kegs our local beer.

We have an unforgettable line-up in store for you, this will be a night not to miss.

Majozi is a proudly South African musician who has recently emerged onto the scene from the coastal city of Durban.
At the age of thirteen, he started to teach himself guitar, which eventually led to him studying a foundation course in jazz and popular music at the University of KwaZulu Natal.

He describes his music as being Indie-folk with subtle influences of electro and attributes his faith as one of his musical inspirations.

In 2013, he released his first EP, Marvelous Light, which was recorded and produced by Warren Meyer of Doppler Studios. The album made it to no.9 overall on the South African iTunes chart and no.1 in the singer/songwriter category.

Following the online success and popularity of the EP, his single, The River, was play-listed on 5FM, Kfm and other radio stations across the country. The infectious beat and meaningful lyrics have fans singing along with gusto at all the gigs he has been landing.

Over the past year, Majozi has been steadily climbing the South African music ladder, getting the opportunity to open for Matthew Mole, Gangs of Ballet, Zebra and Giraffe, Mango Groove, Matthew Mole and international artist, Yoav. 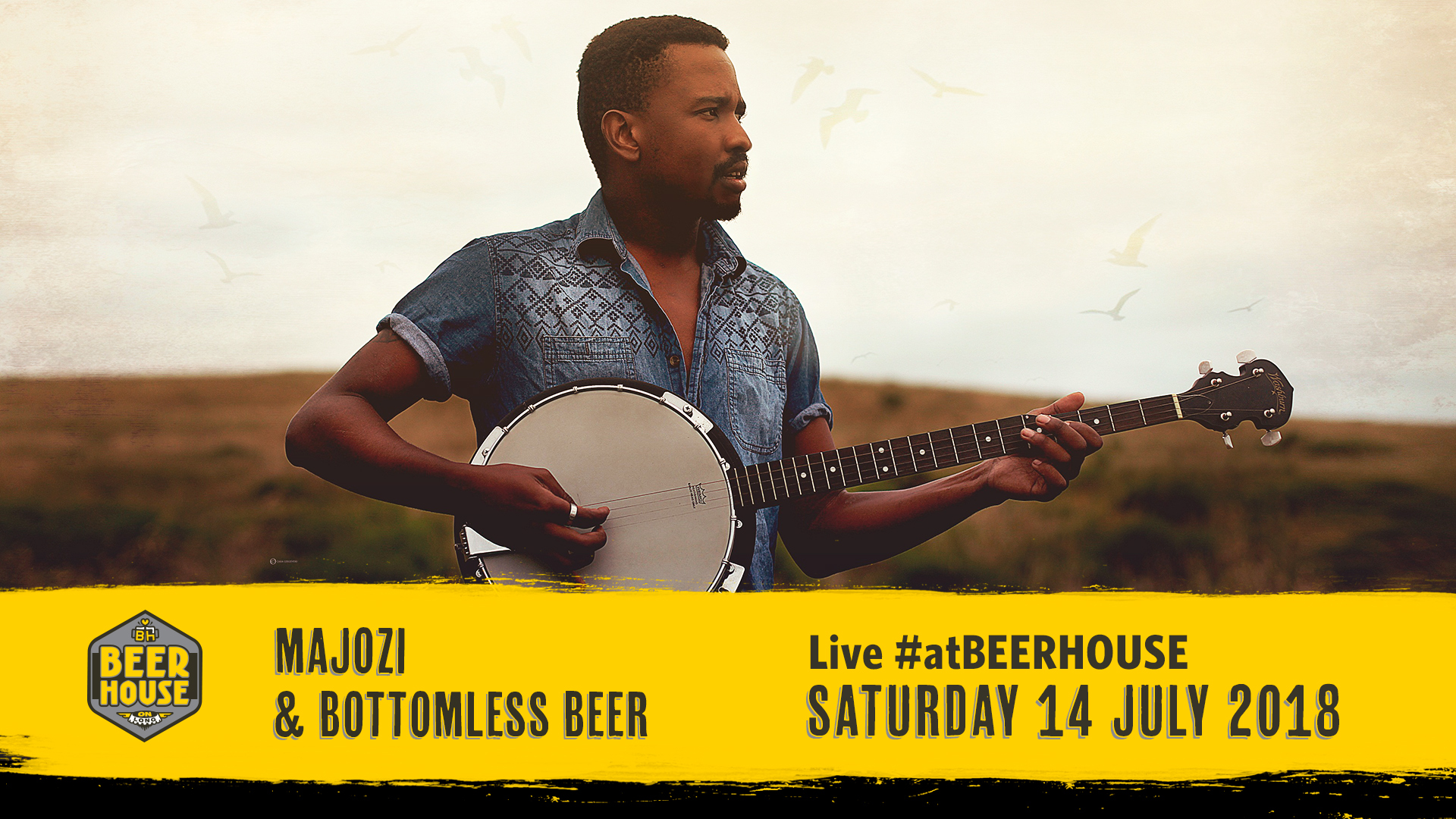 Thirsty Thursday is huge in Cape Town CBD! We love to make this a big party every month and we love to bring you the best of the best of local artists!

This month we showcase the ‘Kasi-Pop’ Native Young.

We also have awesome specials:
Half Price Beer Cocktails from 6pm – 8pm
2 x Double Parow Brandy and 330ml Coke for only R65! 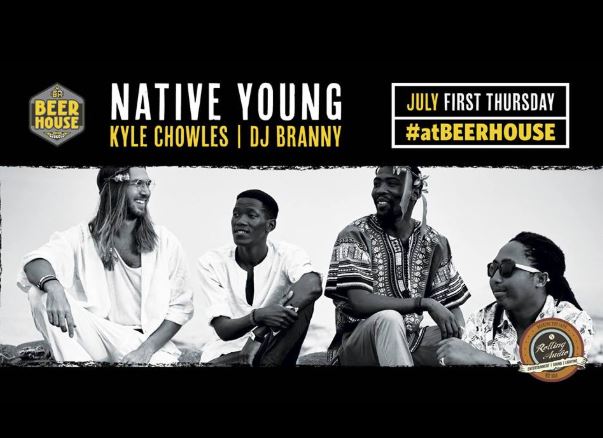 A bit more on the Native Young.

Native young is the brainchild of Yannick Meyer, a 27-year-old producer and songwriter, from Cape Town, South Africa.
When embarking on the Native Young project, the original goal seemed to be to forge musical ideas with people from different cultural backgrounds, pushing the boundaries of music and fusion in a true heart connection. What bloomed forth from this was something truly special.
The band has developed into 4 piece afro-folk indie collective founded in 2014 with members from various walks of life and cultures.

When asked to sum up their music genre Native Young describe their sound as “Kasi-pop”.
There are a handful of bands in the world that seem to have the ability to reach so many listeners at a heart level, with extremely listenable melodies, funky hooks and soulful phrases, while at the same time leaving their audience feeling that they have heard something truly original and fresh.

Beerhouse Fourways is bringing you aKING!
We are pairing this awesome event with some BOTTOMLESS BEER! Come thirsty and listen to one of SA’s favourite bands.

The band’s first studio album, Dutch Courage debuted in 2008, followed by their second album, Against All Odds in early 2009. The band have toured extensively throughout South Africa, playing at major festivals such as Oppikoppi Music Festival and Coke Zero Fest in 2009, where they shared the stage with international acts Oasis, Snow Patrol and Panic! at the Disco. The band has been playlisted on major South African radio stations, including 5fm, Kfm and campus radio stations nationwide.

In 2009, aKING flew to Argentina to shoot the music video for their single, “You and I”. Towards the end of 2008, the band recorded three songs for a project entitled “In The Twilight”, which they did in collaboration with Cape Town-based production company Ghetto Vibrations, Khayelitsha United Mambaso and the Thokozani Brothers. aKING is associated with brother bands Fokofpolisiekar, the electronic group Die Heuwels Fantasties, and Van Coke Kartel, who often play together as part of their concept project, VanFokKingTasties. In early 2010, Andrew Davenport, a vocalist, bassist and friend of the band, replaced Hunter Kennedy on guitar. The band released their third studio album The Red Blooded Years in March 2011. The band were featured on the SABC 2 soap opera 7de Laan in early October 2015.

Bottomless Beer T’s & C’s:
Beer Variety is limited
The limited stock will be until stocks last, then we will ensure that there is other beer to continue drinking.
Bottomless Beer promotion will start at 5pm.

The 2018 FIFA World Cup is here and we are excited to bring you Big Screens, Beer Specials and loads of #GEES.

We have gotten our breweries involved to sponsor some of your favourite teams, look out for the sponsored teams & games! We are bringing you great SAVINGS on selected beers!

To make the deal even sweeter if your team wins we will give you FREE BEER, all you have to do is wear your team jersey/colours.

We look forward to bringing you a great vibe throughout the 2018 World Cup.

Book your big screen table at: 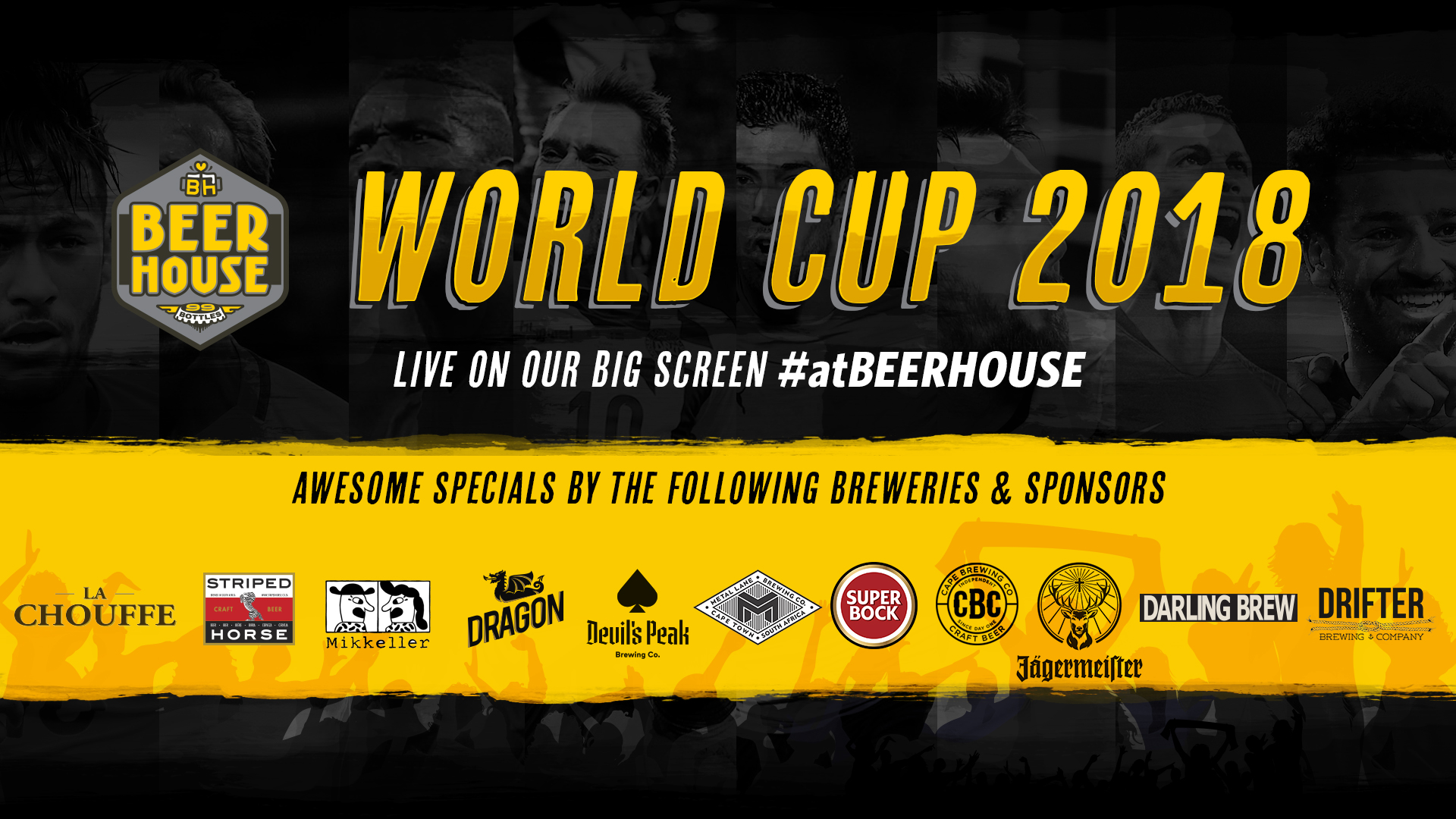 Treat your dad to our Father’s Day Special.

Tomahawk is a new steak cut which is taking the world by storm which delicious juicy beef ribeye meat and a long rib bone that resembles a single-handed axe.

Hard to find a great deal like this on a great Tomahawk steak. 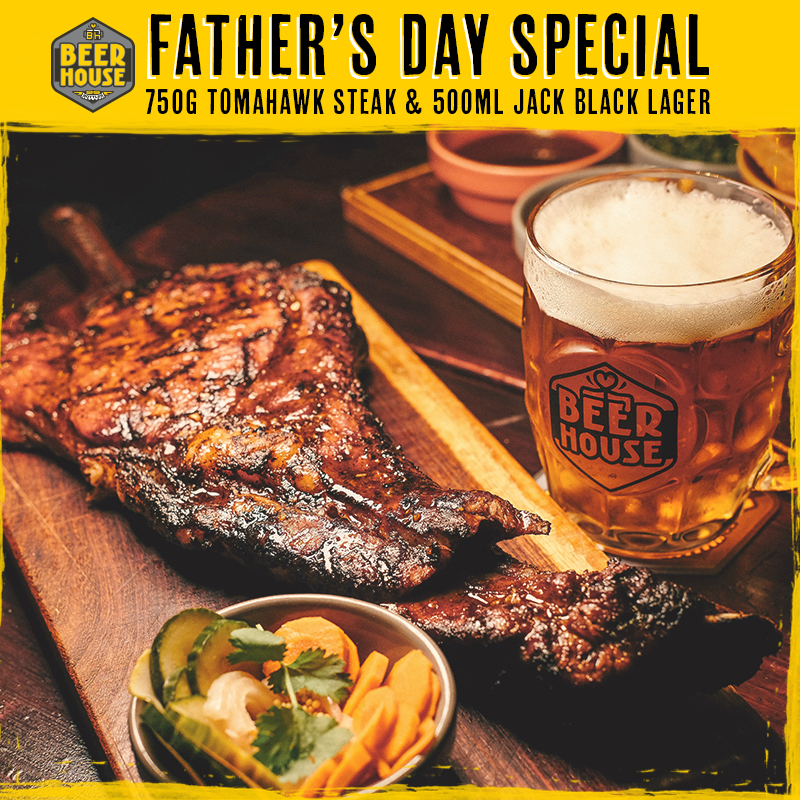