Our beer variety is something we are very proud of. We have the largest beer variety under one roof in Africa. We are always looking for ways of diversifying our variety to suit all tastes. The largest beer library in Africa would not be complete without the original beer of the continent. So Beerhouse will be introducing its first traditional Umqombothi beer Chibuku- Shake Shake to its library.

Umqombothi is a product steeped in history and cultures of the people of Africa. Beer made from sorghum and maize has been brewed for centuries, the traditional home-brewed Umqombothi forms an important part of the Xhosa culture. Traditional sorghum beers were brewed by the matriarchs of the extended families to celebrate the homecoming of young men after initiation. The beer is also seen to be important in facilitating contact with the amadlozi (Ancestors) and brewed for funerals, weddings and imbizos (Group Discussions). 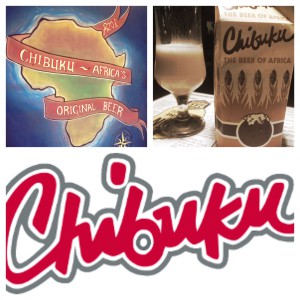 Chibuku is the commercially produced version of the traditional Umqombothi. There is a variety of brands that are popular across Southern Africa. Low in alcohol, high in nutrients and cheaper than clear beer, its popularity cannot be denied.
Tasting Chibuku was a bit like when tasting your first really hoppy IPA – surprised and ambushed by the unknown. The first sip for a virgin to Chibuku without fail induced a face that is usually reserved for drinking harsh tequila. However it does grow on you. If you close your eyes it could be a malt based milkshake – not too dissimilar to Horlicks but with a tangy finish. The nose surprises with hints of Weiss-like character probably from the by-products of yeast known as esters which tend to give off fruity-like aromas. The nose is followed by powerful yeast flavour that can be gritty and grainy. The finish is sour and is typical of a beer fermented with wild yeast. Ironically sour beer is a growing trend in micro-brewing hot beds like the UK and States. Perhaps Chibuku was a bit before its time for western palates.

Colour varies depending if using mealie meal (white to off-white) or sorghum (off white to dark). It has a milky, frothy head for half a minute and then quickly dissipates as it’s low in carbonation and can’t support the original cappuccino-like head. The beer is not filtered hence it has quite a bit of sediment and is rich in Vitamin B so shaking before consumption is a must to get the most out of your beer. Shake- Shake, as it’s known, is packaged in cardboard cartons and is drunk straight from the 1 litre vessel. When the liquid has been consumed and you reach the bottom of the carton, standard practice is to slurp up the pile of sludge that remains.

Join us for a true taste of Africa under the great African sun this summer. Shake Shake –Woza Uzabona!