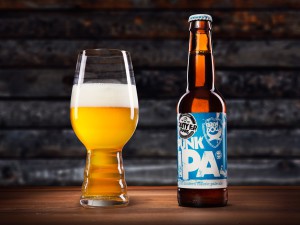 The Rochefort Trappistes 10 is a Belgian masterpiece of a quadruple that rates 9th overall on RateBeer. A dark brown, hazy coloured beer with a thick aromas of dried fruit and roasted malt in a highly intriguing twist. 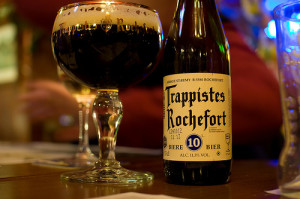 The flavours that come through are on the sweeter side with notes of liquorice, dried fruit and plums. A high carbonation gives for a massive mouthfeel in every sip and truly shows off this beers perfect balance of flavours. A high alcohol content at 11.3% ABV allows for the warmth of the alcohol to shine while assisting the flavours to stand out as opposed to overpowering them. A truly magnificent beer that should be on every beer-enthusiast’s bucket-list!

Check out the Rochefort Trappiste 10 on RateBeer here. 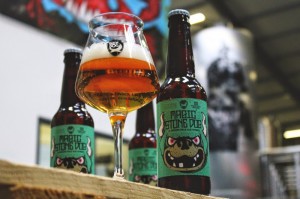 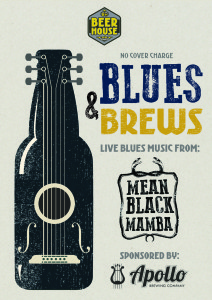 personal difficulties, however, the music itself moves far beyond self-pity. Blues music encompasses sentiments of overwhelming the odds, speaking your feelings, and simply embracing the moment.
Blues music has its roots back in 19th Century African-American history, originating from the songs the slaves used to sing on the plantations. Much of the inspiration evolved from African chants which the workers used to sing while toiling on the cotton and vegetable fields. It was only in the 1930s and ‘40s that blues began to spread, taking much inspiration from jazz. Blues music is about letting your hair down and breathing pure emotion. It can take you from tears to joy and back again effortlessly, communicating genuine emotion like no other music form.

Beer and blues music have a lot common. During the USA alcohol prohibition, both were consumed in the hidden corners of dusty bars, out of sight form the wandering eye. As a matter of fact, much blues from the time even uses prohibition in their lyrics, discussing the “prohibition blues”. Within a year of the repeal of prohibition, over 750 breweries opened across USA at around the same time that the growth of blues truly began to bloom.

It then only makes sense that our Beerhouse Blues & Brews night should be sponsored by Apollo Brewing Company. Apollo is run by a team of passionate and creative South Africans who have quickly got their name onto the tongues of many a beer-drinker. Named after the Greek god of light, sun, life and, amongst others, music, Apollo draws inspiration from these characteristics in and around Cape Town to produce real, flavourful craft beer of exceptional quality.

“Raw foot stomping roots music that grooves your body and soul. Words of humour and hope sliding between writhing riffs and the insistent thump of a cowhide drum. This is afro swamp gospel, this is blues n’ roll. Gritty and hard hitting, the music winds you off the floor and twists you to your feet.”

This truly sums up what Mean Black Mamba is all about and really encompasses the passion that blues music carries. To see this live, visit Beerhouse on Long Street for a no-cover charge evening of blues and beer in both quantity and quality. 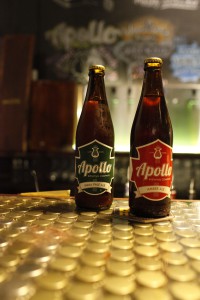 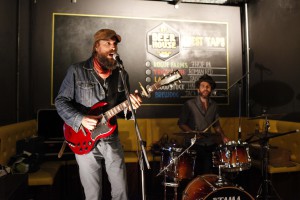 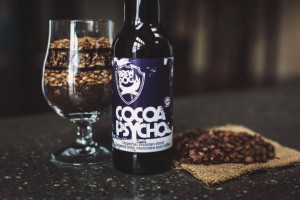