Cask Ale at Beerhouse on Long

Join us and Steve Peel from Shackleton Brewing Company for some Cask Ale poured from a traditional beer engine, a Q&A on the art of cask and some merriment from 6:30pm till 8:30pm Friday 1st June.

We will be tapping a cask of delicious Shackleton Brewing Company’s Pale Ale! We have long been admirers of this traditional method and technique of conditioning and serving beer.

But why all the fuss? What’s the difference between cask and keg?

That old adage, “they don’t make them like they use to”, rings true when it comes to cask. Cask ale is a beer at it’s best and purest form that gives a gentler level of carbonation, a rounder mouthfeel, and since it is unfiltered, usually shows a slightly more complex flavour and aromatic profile to kegged beer. It is considered a live product due to yeast sediment in suspension which conditions the beer naturally. Keg’s while presenting a beer almost brewery fresh can’t compete with the changing and evolving complexity of a cask ale.

Welcome to the past where some things were made better!

Join us for monthly Cask Tapping Ceremonies. Keep an eye on our Facebook events for dates. 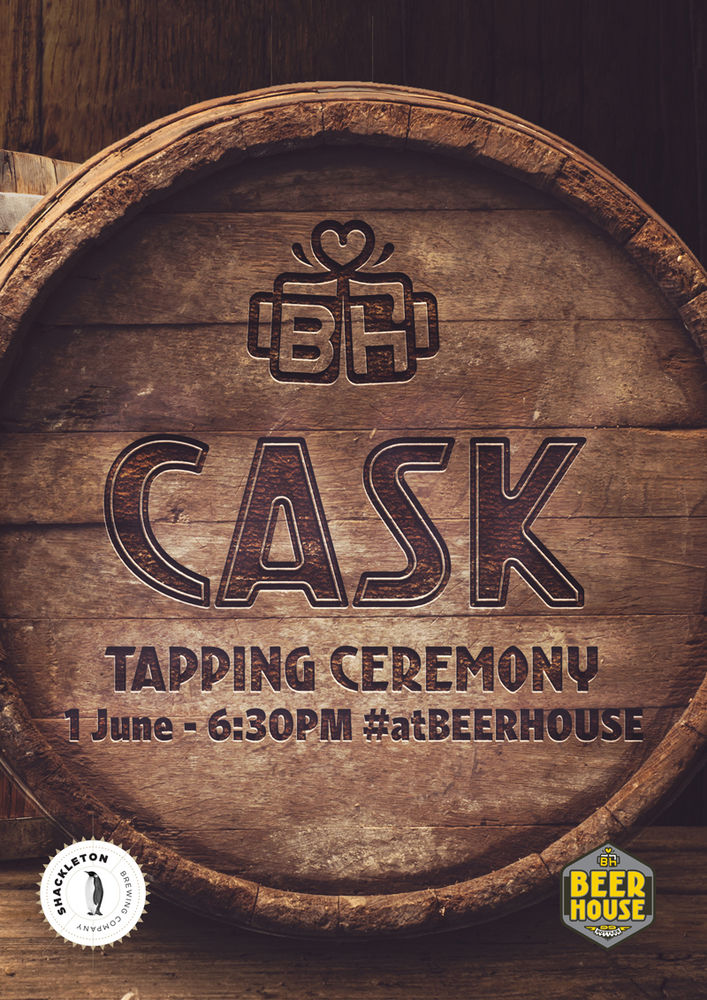