As the home of the Beer Revolution and tasting room for South African beer, we are proud to host the South African National Beer Trophy – SANBT 2018 – Beerhouse People’s Choice Awards.

The Award ceremony will be held on Wednesday the 29th of August at Beerhouse on Long. The Beerhouse People’s Choice Awards are to be voted in store at Long Street and Fourways. You can also vote online at beerhouse.co.za/vote for the beer you believe to be South Africa’s Best. By voting you stand a chance to win a R999 Beerhouse Voucher.

Beerhouse is passionate about providing a podium for local breweries to shine on. We also aim to bridge the gap between the brewer and beer consumer; the Beerhouse People’s Choice Awards enable us to do that. Beers that are entered into the SANBT are blind tasted and rated by certified beer judges according to BJCP (Beer Judge Certification Program) guidelines. Beerhouse introduces the People’s Choice award by opening up the voting to the public and puts the power in the consumer’s hand and cultivates a true beerocracy.

SANBT was launched in 2015, with the aim to offer a fair, independent and reliable assessment of the burgeoning local beer scene, and to provide the best-emerging brewers with the recognition they deserve. Over the last two years, brewer participation in the competition has grown substantially. In 2015, 56 South African beers were entered into the competition; 95 in 2016 and over 200 beers in 2018 with gold and silver medals to be awarded.

Let’s drink up and vote! 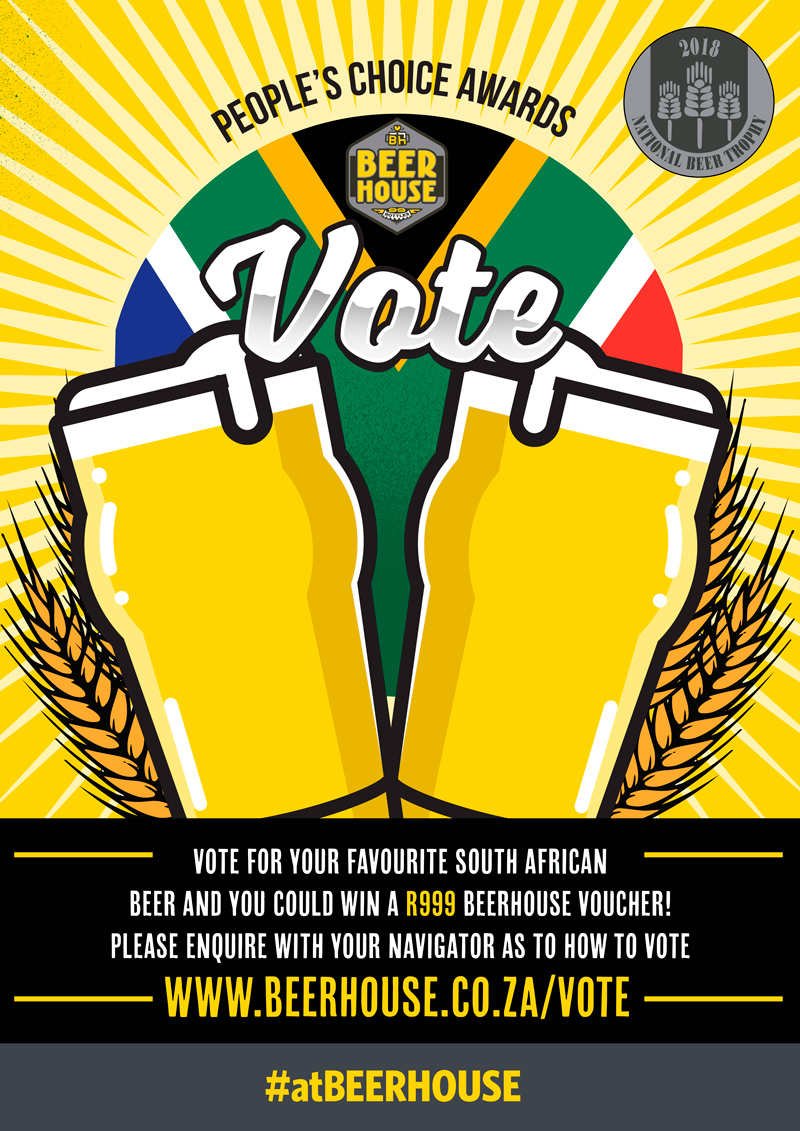 Please cast your vote at Beerhouse Long Street or Fourways or online at beerhouse.co.za/vote