We are thrilled to let you know that today was Joe’s daughter’s first day at school! She attends the L’école Française du Cap, Cape Town French School. She was awarded a full scholarship that covers her tuition at the private school from Pre-school to Matric (Baccalaureate) and is an effort led by the French School teachers and Beerhouse owner Randolf Jorberg.

Since Joe’s tragic death on the 20th of June 2015, the outpouring of support from the wider community of beer lovers and brewers has been very humbling. Last year we reached our fundraising target of R60000 towards the Joe’s Legacy Fund.

The money raised was put in a fund for his daughter to access when she starts school. With your help this young girl will have every opportunity to reach her potential.

For more information on Joe’s Legacy please see our previous blog and update below:

One year on, from a senseless tragedy that took the life of our Doorman and friend Joe Kanyona, a sensitive and caring soul, we remember him and look forward to contributing to creating and safeguarding his legacy.

Joe was killed while on duty, protecting us, as he always did.  We are committed to looking after his legacy and exercise this commitment by supporting his only child; his beloved daughter who was only 4-months-old when her father passed away on the 20th of June, 2015. 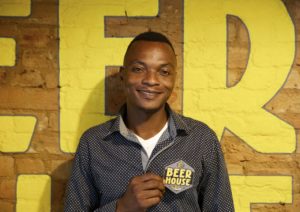 Last year, Beerhouse hosted various fundraisers in Joe’s honour. The proceeds donated by Beerhouse and our generous customers, were used to support Joe’s family. In remembering Joe, we are delighted to announce that his daughter has recently been awarded a full scholarship by the L’école Française du Cap, Cape Town French School. This extraordinary donation covers her tuition at the private school from Pre-school to Matric (Baccalaureate) and is an effort led by the French School teachers and Beerhouse owner Randolf Jorberg.

“Due to her combined heritage of both Xhosa and Congolese parents, she is a perfect fit for the bursary; we have no doubt this bursary, funded by the French School, will give her the otherwise impossible opportunity to shine academically and realise her potential, so critically hampered by the tragic loss of her father”.

“We are convinced her social integration in the school would pose no problem at all as she would benefit from a support network capable of shouldering her tough academic commitments, and be able blend easily into the diverse, multicultural student body of the French School of Cape Town.”  reads a statement from French School Board Committee.

The trial of the three accused of murder and conspiracy to murder of Joe Kanyona will resume again on 22nd June after postponement.

This year, on the anniversary of Joe’s untimely death, Beerhouse will be hosting fundraising events for the week 20th June to 27th June 2016. All proceeds will go to assisting with Martha’s care.

On Monday the 20th: Beerhouse will donate all the day’s revenues without any deductions for stock or operating cost to the Joe’s Legacy Fund. We ask our patrons to drink our taps dry.

The ticket sales and proceeds of Meet the Brewers food and beer pairing event on the evening of the 20th will also go to this Fund. Tickets for this event are on sale for R175 at Quicket and include 6  oak aged beers from Innis & Gunn (Scotland) paired with 6 canapés from the Beerhouse kitchen.

The rest of the week, (20th June to 27th June), Beerhouse will offer a ‘Pint for a Purpose’ tap. They will tap beer sponsored by Drifter Brewing Company, Atlantic Storm Brewery, Jack Black, Zebonkey Brewery, Apollo Brewing Company, Cape Brewing Co., Belgian Beer Company SA,Dissident Brewing Company, Red Sky Brew, Devils Peak Brewing Company who have donated kegs of beer to the cause. Breweries, that want to donate their beers for this purpose are asked to contact Beerhouse as soon as possible. All proceeds from the sale of these beers will go towards Joe’s Legacy Project fund.

If you are unable to join us over the week and wish to contribute please donate on our Back a Buddy page. Any additional donations are welcome.

We have reached our initial goal of fundraising R40K to go towards Joe’s Legacy Fund ( below). Due to the amazing support and generosity from the beer community we still have donated kegs to raise funds with. We will continue our Pint-for-a-Purpose drive into the coming weeks and have extended our goal to R60K. Come drink us dry.

All funds raised will be held in a trust managed by Servo Fiduciary Services free of charge for the purpose to enable Joe’s daughter to cover all school related cost – transport, canteen cost, uniform, school trips, extracurricular activities, etc. If you are in a position to offer her a regular lift from the Goodwood area to Sea Point in time for school, please contact Beerhouse.

“Words cannot express how grateful we are at the outpouring of support that Joe’s family has received to date from the Western Cape and further afield. Joe had a tremendous impact on the Beerhouse family and Long Street when he was alive. His memory and our customer’s support are seared in our hearts and will never be forgotten. It is our hope that we will able to help secure a bright future for Joe’s daughter.” Randolf Jorberg, Beerhouse Owner. 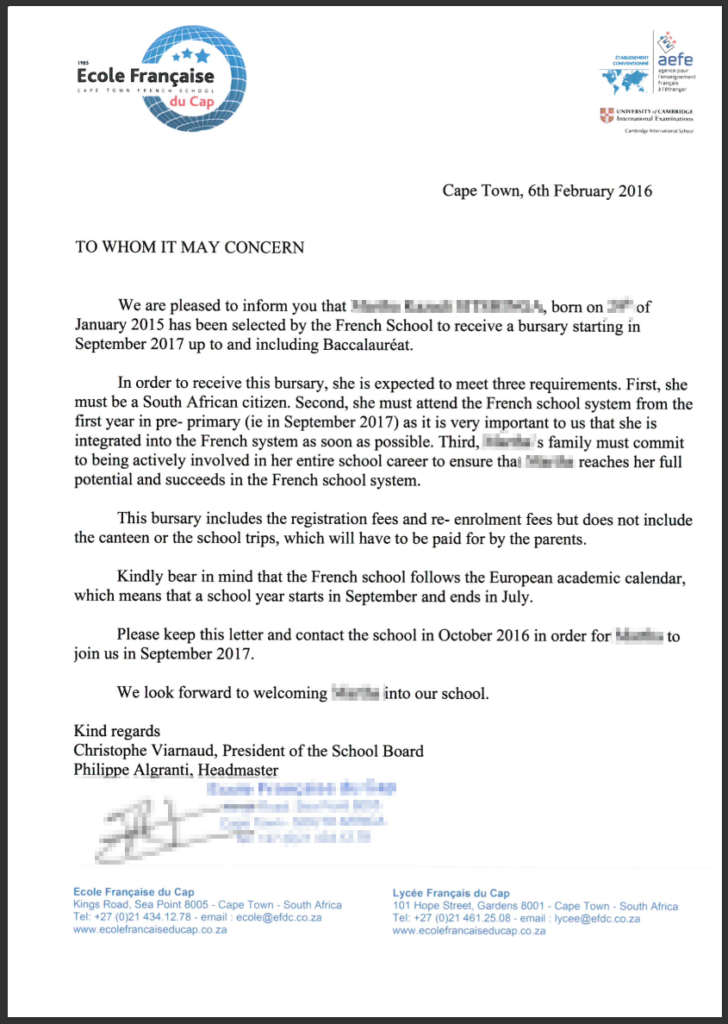